Any film-maker who, after receiving news that he or she has made it into the Cannes competition, then hears that the relevant film is the last in competition would have just cause for ranting and raving. In recent years, the closing releases have — Jeff Nichols’s Mud accepted — tended to be roaring duds. Olivier Assayas’s Sils Maria is not quite that. There is some diverting interplay between Juliette Binoche (well cast as a grande dame) and Kristen Stewart (always good when embodying the slack spirit of what came after what came after Generation Z). The scenery is pretty. The camera doesn’t fall over. Everyone remembers their lines. Unfortunately, the whole thing feels wretchedly inauthentic and more than a little dull. 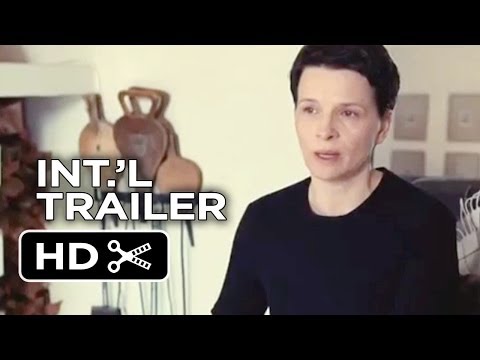 Binoche plays Maria Enders, a middle-aged actor who first found fame in a high-brow play concerning a lesbian romance between a powerful businesswoman and her younger assistant. En route to an awards ceremony honouring the author (a sort of Peter Handke figure it appears), Valentine (Stewart), Maria’s own assistant, gets news that he has died and that Maria is now required to deliver a tribute. There is some hanky panky with a seedy actor whom she has never much liked. Walks are taken in the Alpine chill.

Then we eventually get to what is meant to be the meat of the project. Maria reluctantly agrees to appear as the older character in a revival of her mentor’s play. One Jo-Ann Ellis (Chloë Grace Moretz), a wayward Hollywood star who has overcome substance issues, is to take on the role that made Maria famous. Understandably, this triggers some reflection.

The parallels between the plot of the play and Maria’s relationship with Valentine are far too on the nose. They walk about the Swiss Alps and run through the lines without ever apparently noticing the neatness of the coincidence. Most of their energy is devoted to chewing over various generational divides. Maria chortles about Jo-Ann’s appearance in a silly superhero epic — apparently modelled on X-Men– but Valentine is more open to the serious issues addressed in the project. These disputes trigger the occasional flinty exchange, but, for the most part, the tensions between the two women are expressed through the dialogue they are running.

Does it matter that the play doesn’t seem real, that the US blockbuster is totally off-the-mark and that a journalist behaves as no journalist behaves? A bit. One is constantly being  pulled out of the action to fume about the ludicrousness of it all. More seriously, Jo-Ann’s character offers an absurdly misjudged take on the Lindsay Lohan type: too dry, too self-aware, too studied. It certainly matters that the central geographical metaphor — concerning a mist that creeps its way along a valley near the Swiss town mentioned in the title — is laboured to the point of exhaustion.

Still, the picture is worth enduring for the performances by K-Stew and J-Bo. They are the only authentic things in a sea of contrivance and bad faith. Major prizes would come as a surprise.