Oh for goodness sake. This is the sort of thing that gives nerds a bad name. It seems that the good people at the the annual Star Trek convention in Las Vegas have voted the recent Star Trek Into Darkness — clearly the best of this summer’s tentpole flicks — as the worst Trek film of all time. To add (carefully calculated) insult to injury, it was beaten by agreeable pastiche Galaxy Quest, which isn’t even a Trek picture. 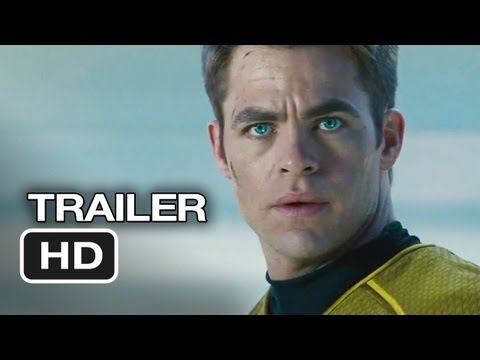 If you haven’t been paying attention to dispatches from TrekWorld this may come as a surprise. Not everybody loved Into Darkness, but no sane person could, surely, think it worse than the abysmal Star Trek V: The Final Frontier or the messy Star Trek III: The Search for Spock. It’s great fun. It moves at a pace. It features cracking villain work from Benedict Cumberbatch. None of that mattered to a hard-core cadre of Trekker. They complained that J J Abrams’s reinvention of the franchise — set in an alternative reality — abandoned the philosophical musings for an embrace of action movie aesthetics. Put simply, it was just too darn different to the original. ”Star Trek Into Darkness was met with boos when it was mentioned,” one attendee at the convention commented. “And one guy took the mic to say these reboots shouldn’t even be considered for a list of Star Trek movies.”

The dispute points to difficulties Abrams and his team have always had in marketing their movies. They have worked very hard to put polite distance between themselves and the militant wing of the Trekker community. Let’s be honest. Outside a hardcore, nobody much cares if the film stays true to the conventions of a series that began when Lyndon Johnson was in the White House. At junkets, the creative team behind the new franchise have always stressed that this is a fresh project that is not afraid to break new ground.

In a funny way (though they would never, ever admit it), Abrams and Co may be secretly happy at this news. They really aren’t that keen on the new Star Trek movies being seen as geek events. This quite clearly establishes some distance. For the record, Star Trek II: Wrath of Khan (of which Into Darkness is a near-remake) topped the poll at the convention. We have no great arguments with that.