The awards are in at the 25th Galway Film Fleadh and the main prize — that for Best Irish Feature — went to Steph Green’s Run & Jump. President Michael D Higgins, a longtime supporter of the event, presented a special Galway Hooker award to Miriam Allen, CEO and driving force of the Fleadh. The gong recognises her achievement in helping coax a new festival into one of the essential dates on the cultural calendar. Loud cheers should ring out.

We’ll be offering you a more in-depth examination of the Irish features in Tuesday’s paper. But we will here note that Run & Jump confirms the promise shown in Ms Green’s Oscar-nominated short New Boy. The picture deals with interactions between a long-suffering woman, her husband, who has recently suffered a stroke, and an American neuroscientist. Its blend of drama and humour is well worth savouring. 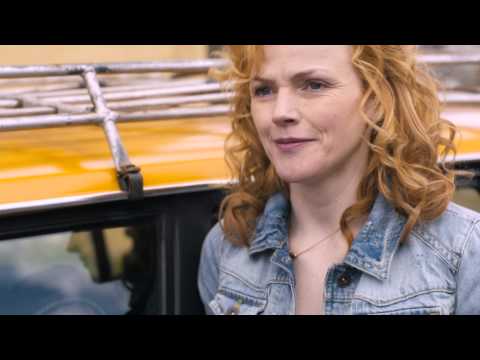 Also acknowledged in the feature prizes were Vico Nikci’s Coming Home, which won best Irish documentary, and Ektoras Lygizos’s Boy Eating The Birds Food, which grabbed best international first feature. Our tip from yesterday, Donal Foreman’s remarkable Out of Here, came second to Run & Jump in the competition for best first Irish feature. We hope that Foreman’s film gets some sort of distribution. Nag your local distributor. You know it’s worth it.

Feel free to explore the short film winners on vimeo and YouTube. The joy of these things is that they are often available instantly to the eager viewer.

We also feel the need to give a shout out to the hugely enjoyable Discoverdale. Starring comedy troupe Dead Cat Bounce, the mock-rock-documentary follows the band about Europe after they discover that the lead singer’s dad may be Mr David Coverdale. (There’s a sort of pun in the title.) I laughed like a person who found something funny. Ha ha ha! And so forth. Obviously, it owes quite a bit to a certain comic rock film that rhymes with “final crap”. Don’t hold that against it. Somehow or other, despite appearing in the New Irish Cinema section, the picture won best international feature here. Good for it. Seek out Discoverdale.

Here is the full list of awards. Excuse the slightly messy formatting, but they have been cut and pasted from a press release.

Saoirse had captivated an audience earlier in the day with an engaging public interview with Sean Rocks at the Town Hall, and received a rapturous ovation from the crowd.

The former Chair of the Irish Film Board was given the award for his inspiring and enduring legacy with the Irish film industry.

Miriam received a surprise award from the President of Ireland Michael.D.Higgins for her on-going commitment and dedication to the Irish Film Industry.

The Donal Gilligan Award for Best Cinematography in a Short Film:

The James Horgan Award for Best Animation in Association with Telegael

Special Mention: The Ledge End of Phil (from accounting)

Winner:  That’s Not Supposed to Happen

THE BEST FIRST SHORT DRAMA IN ASSOCIATION WITH MAZARS

The Best Short Documentary Award in Association with Teach Solas

Winner: The End of The Counter

The winner of the 30 Minute Film Festival, the minute-long shorts fest within the festival was won by Robert Gaynor for his film, The Canon.

The International Federation of Film Societies presented the Don Quijote Prize in the animation short film category to director Alan Holly and producer Ciaran Deeney for their short animation, Coda. There was a special mention for Two Wheels Good.

The Best First Irish Feature in Association with Crowe Horwath

Second Place: Out of Here

The Best Human Rights Documentary in Association with Amnesty International

Winner:  Kelly Thornton for her portrayal of Emma in Life’s a Breeze.