Stay tuned for my upcoming interview with the mighty Michael Haneke later this week. As ever, he speaks soberly about death, despair and fatalism in a manner that rarely bears worthwhile comparison with Katy Perry. I couldn’t find space for … 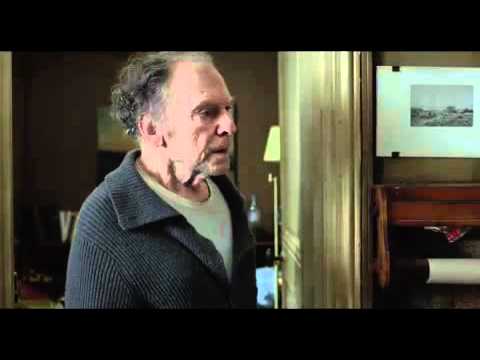 Stay tuned for my upcoming interview with the mighty Michael Haneke later this week. As ever, he speaks soberly about death, despair and fatalism in a manner that rarely bears worthwhile comparison with Katy Perry. I couldn’t find space for our chat about the strange case of Anne and George. So, you can regard this post as a sort of DVD extra.

Even Haneke regulars may have failed to notice one odd recurring phenomena throughout his films. In as many as eight pictures, he focusses on characters named Anne and Georges: The Seventh Continent, Benny’s Video, Funny Games, Code Unknown, Time of the Wolf, Caché, Funny Games US, Amour. It’s a very odd thing. I can’t think of any other director who has employed this trope. Martin Scorsese didn’t make eight films about Travis. Alfred Hitchcock concerned himself with, so far as I am aware, just one Norman. But Michael has again and again returned to those monickers. In the superb Amour, Jean-Louis Trintignant and Emmanuelle Riva play the latest brace bearing the handles. Anne is enduring the aftermath of a serious stroke. George plays her serious, increasingly desperate husband.

“When I made my first TV  film some years ago I needed some names and I chose the simplest shortest I could find,” Haneke told me. “They had to be few syllables long. That’s why I have stuck with them. The important thing when selecting names is to ensure they don’t have a meaning in real life. Because film is a realist medium I don’t want them to have any hidden metaphorical meaning. It’s either that or because I am really lazy.”

Yeah. A likely story. Haneke really strikes me as a lazy bloke.

In an aside, the notion that autumn is a dead time for movies seems increasingly hard to sustain. This week alone, viewers will get to see Amour and The Master, two films  you would happily wait all year to savour. Even if you dislike both, you’d have to admit (I promise) that they offer much food for weighty conversation. And we also have the final part of the Twilight sequence, an entity that — like Mark Kermode — we think greatly undervalued by an internet commentariat bossed by angry teenage boys. Good times. That’s what Chic said. And they were rarely wrong.