Have you seen this? Christopher Priest, the author of The Prestige and The Affirmation, has got himself in a terrible tizzy about the nominations for this year’s Arthur C Clarke Award. Mr Priest maintains that his objections have nothing to …

Have you seen this? Christopher Priest, the author of The Prestige and The Affirmation, has got himself in a terrible tizzy about the nominations for this year’s Arthur C Clarke Award. Mr Priest maintains that his objections have nothing to do with the fact that his own novel, The Islanders, was omitted from the shortlist for the science fiction gong. Anyway, he’s really got stuck in up to the oxters. He has described the list as “dreadful” and demanded that the judging panel resign. Among the writers he slagged off was China Miéville, among the best of his generation, whose superb Embassytown enters the Arthur C Clarke starting gate at narrow odds.

Would you mess with this man?

Priest says that unless China is ”is told in clear terms that he is underachieving, that he is restricting his art by depending too heavily on genre commonplaces, he will never write the great novels that many people say he is capable of”. What the  heck is he talking about? It is hard to think of a novelist less at home to the commonplace than China Miéville. Raised in North London, China studied social anthropology at Cambridge and has spent time campaigning for the Socialist Workers Party. Those two interests come together in a series of novels that combine rigorous construction of alternative worlds with an unavoidable concern for the politics of the one in which we all live.

Inevitably, he has been co-opted into a movement. Apparently, China Miéville is part of something called New Weird Fiction. Okay then. There is something of H P Lovecraft in his taste for gloopy, eerie versions of our universe. But Miéville works much harder at the greater architecture. Rush, for a demonstration, towards the first two novels in his Bas-Lag trilogy: Perdido Street Station and The Scar. Even if you don’t have any time for the fantastic, you will surely find it hard to resist the way in which he fashions cities every bit as vibrant and overstuffed as the London of Dickens or the St Petersburg of Dostoevsky. They may be made of boats bound together on dangerous seas. They may feature ghettoes stuffed with insect people. But you still feels that, armed with just the text, you could navigate your way through one of those wild conurbations.

When discussing the better science fiction (or crime) novels, we often set to moaning about the way such writers rarely get nominated for the mainstream literary awards. More often that not, such arguments play to bum notes. Literary fiction is, rightly or wrongly, almost a genre in its own right. We know roughly what to expect from a book by Julian Barnes or Ian McEwan, just as we have some notion what we’ll get from a work by Ian Rankin or James Elroy. Why bother trying to mix it up. The genres thrive in their own waters.

Well, it strike me that Miéville is going to hang around in the same way that H G Wells or Robert Louis Stevenson has done. More than a few supposed literary writers will go the way of Hugh Walpole or Marie Corelli. It might be nice to give him a gong from the zone beyond science fiction’s specialist thoroughfares.

For now, Christopher Priest should be dispatched to the street with a boot to the bottom. If you want to get aboard the Miéville train then grab a copy of Perdido Street Station and work forwards relentlessly. I wouldn’t bother waiting for the movies. They haven’t minted the mind that could turn these visions into manageable motion pictures. They may never manage it. 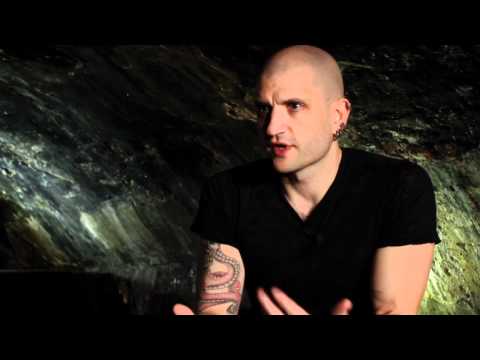