Why am I playing LA Noire (sic) when I could be watching a film?

First things first. This post is not some huffy, tweedy rant about the superiority of films to video games. Such generalised comparisons are largely pointless. Given how differently the entertainments operate, this would be rather like making an unfavourable comparison …

First things first. This post is not some huffy, tweedy rant about the superiority of films to video games. Such generalised comparisons are largely pointless. Given how differently the entertainments operate, this would be rather like making an unfavourable comparison between bananas and trolly-cars.  (Okay that’s an exaggeration. Films and video games do, as we’ll see, share significant territory. But you get the drift.)

I am making a specific point about those video games that attempt to tell a complex story — often involving large amounts of dialogue — over a long space of time in carefully realised, quasi-realistic environments. LA Noire is a key, current example. As you may be aware, the game offers a lavish take on the noir universe inhabited by the likes of James Ellroy, James M Cain and Raymond Chandler. You “play” a detective, recently returned from the war, who — while investigating a series of crimes that resemble the Black Dahlia murders — gradually climbs the greasy, sleazy pole that was the Los Angeles Police Department.

We have no complaints about the version of late-1940s LA. Driving around in bulky cars, the game-player gets to gawp at lovingly constructed facsimiles of iconic landmarks. There’s Union Station. Here’s RKO’s Intolerance set. And so forth. The “acting” is above standard. The music is nicely propulsive.

Here’s the thing. In what sense is this a game? After a few hours, you realise that the entertainment consists of driving long distances to crime scenes or witness’s houses, ascending the stairs and then pressing the x-button while a series of increasingly boring plot points are droned out by virtual characters. It took me a while, but I eventually recalled what ancient entertainment entity was waving from the depths of my sodden memory. Does anybody else remember Dragon’s Lair? Created in 1983, the arcade game offered the player a series of options, each of which would trigger the playing of a traditionally animated sequence from Disney Studios.  It was nice to look at. But it wasn’t really a game. It was a vast series of short films that the player could, while fooling himself he was in control, programme in vaguely cohesive manner.

LA Noire is Dragon’s Lair on a vast scale. Rather than devising your own route through the non-game, you find yourself wearyingly trying to accommodate an invisible director by selecting the next scene in his proposed storyboard. Imagine watching a compromised copy of Chinatown that constantly broke down and, unless you kicked the right corner of the DVD player, failed to progress to the next sequence. Actually, scratch that. Imagine a broken copy of China Wars IV — a cheap Chinatown knock-off — that suffers from the same eccentric flaws. It’s not even as if you’re creating a particularly good Film Noir. (Or “Film Noire”. What is it with the use  of the feminine adjective?)

At least in Red Dead Redemption (excellent western recreation) and Grand Theft Auto (excellent exploitation recreation) you could find alternative entertainments if the set missions were getting you down. The Red Dead fan could potter off for a game of horseshoes. The Grand Theft enthusiast could play pool or… Well, let’s not get into that controversial business with the sex workers.

This really is the weirdest excuse for a video game. Why the hell would I play this when I could be watching a film?

I think Stan has something to say on the issue… 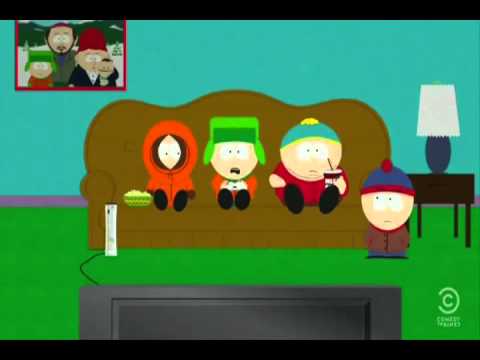