The Pet Shop Boys are better than the Pogues.

Have I got your attention? I’m fairly sure I believe this. I’m less sure I believe that the Shoppies version of Always on My Mind is better than the Pogues’ Fairy Tale of New York, but, nonetheless, it is a …

Have I got your attention? I’m fairly sure I believe this. I’m less sure I believe that the Shoppies version of Always on My Mind is better than the Pogues’ Fairy Tale of New York, but, nonetheless, it is a repeated unfavourable comparison of the former to the latter that drives this particular rant.

Look how authentic I am. Burp!

“Well, that was Fairytale of New York, pop pickers,” Mick McTastic smarms. “What a marv-tabulous tune. And do you know that it never got to number one? It was beaten to that spot by The Pet Shop Boys’ version of Always on My Mind. What kind of universe do we live in?” Italics don’t really do justice to the level of scorn McTastic manoeuvres into his pronunciation of the synth-duo’s name. I was standing in a shop yesterday and I heard some soup-brained mooncalf say these very words — well not these very words — after playing the Pogues’ Christmas hit for the first time of the year. After some consideration, I decided to write this post rather than go round to the idiot’s house and batter him to death with cudgels fashioned from the limbs of his slain family.

The implication — often made explicit — is not just that The Pogues must be regarded a better band than the Pet Shop Boys. More significantly, the Anglo-Irish tea-tray head-butters are, it is suggested, more authentic than the dry, ascetic, Christopher Isherwood-reading ironists.

Now, insofar as I have any worthwhile point to make here, here it is: I loathe authenticity in pop. For a start, there isn’t really any such thing. When Bruce Springsteen, a millionaire rock star who rarely travels by bus, pulls on a plaid shirt and sings about losing his job down at the refinery, he is being no more “authentic” than Westlife are when they dress up in nice suits and sing about being in lurve. In fact, Bruce is, if anything, being less authentic than the boy band. They probably are in love. He hasn’t clocked in at the refinery since Richard Nixon was president.

When it comes down to a battle of the pure and authentic versus the mannered and the eccentric, I will tend towards the latter every time. I take Kraftwerk over The E-Street Band.  I take The Human League over Dire Straits. I take David Bowie over Neil Young. I take Can over The Scorpions. I take The Fall over The Jam (actually, I take The Fall over everybody, but that’s a different argument). And I take The Pet Shop boys over The Pogues. To an extent this is because the Shoppies don’t pretend that, even when occupying the upper reaches of the charts, they live in a caravan by the dirtiest bend in the filthiest canal. But it is also, surprisingly, because I think they write better songs.  Here’s one of the very best. Just to justify its place in this “blog”, we should point out that the video is by the late, great Derek Jarman. 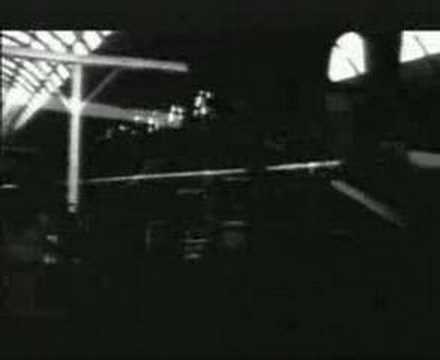