Fez Fa’anana (centre) is one of the performers with BRIEFS, and is coming to Ireland soon as part of the Dublin Fringe Festival.

What are you reading?
Noel Coward’s Design for Living which is about a trio of artistic characters, Gilda, Otto and Leo, and their complicated three-way relationship. It was broadway show and make for a great read which I’m loving right now.

Last film you saw and your verdict?
The Croods. Another entertaining children’s animation with an almost sickening moral lesson for everyone to take on board.

Last stage production you saw and your verdict?
We’ve just finished our show BRIEFS: The Second Coming at Edinburgh Fringe before we wing our way to our favourite Fringe in Dublin this September. But we saw the ridiculously amazing La Poeme at Edinburgh Fringe Festival. It was skillfully messed up and confusingly stunning.

You have a golden ticket to Easons, what magazine is first on your list?
I love a good trashy read and an easy crossword or sudoku so any of those magazines like Who, New Weekly and Now. Completely brainless rubbish read. However, I do recall The Irish Times doing a great simplex Crossword, so looking forward to that again this year.

What are your most clicked bookmarks?
My online banking – still waiting for an enormous amount of money to miraculously appear in it…

Do you have a favourite podcast or radio programme?
Luxuria.com. It’s internet radio with amazing tunes and perfect to have that little bit of ‘what feels like home’ with you while on tour and for ready to play before we go on stage at Vicar Street

When you fall into a YouTube hole what’s the general subject matter of the videos you’re watching?
Ridiculous eighties dance videos. Sarah Carlson is the bomb or old school vaudeville video’s which I watch in awe and jealousy by the amount of sheer talent.

What song should we listen to right now?
Royal T : Italian electronic duo Crookers. Many of the songs feature collaborations, including Kid Cudi, Soulwax, Kelis, will.i.am, Róisín Murphy, Miike Snow and many more. Royal T featuring Róisín Murphy was on Season 7 of So You Think You Can Dance, and I love Roisin Murphy too so a good mix all round. 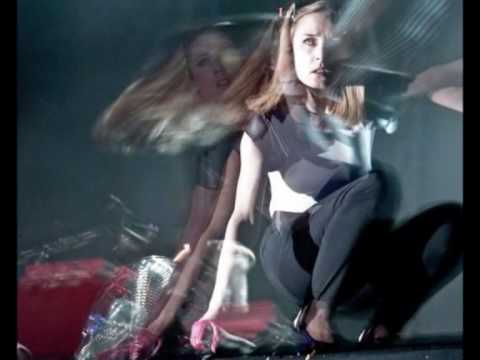 Which boxset/TV series do you have on the go at the moment?
I have just obsessively watched the HBO series ‘Girls’.

Which app do you use the most?
I’m using Vine a lot right now.

Do you play video games or mobile platform games, and if so, what’s your favourite at the moment?
Mario Cart will always be the ultimate game but i am loving Alien Storm and Golden Axe. Last time I was in Dublin I found R.A.G.E record, art and game emporium which is amazing. I bought a Sega Mega Drive and a stupid amount of games!

What is your favourite club night of all time?
Club Briefs – This is where the BRIEFS was born. A good old trashy speakeasy club night of silliness, extravagance, fanciness and one off amazingness. When we were in Dublin last year though we loved Mother, and this year we are looking forward to revisiting some our old haunts.

And finally, if you check out one southern hemisphere artist this week make it…
Dallas Dellaforce from BRIEFS: The Second Coming of course. We’re just playing at Dublin’s Vicar Street for seven days this year so get in quick as we sold put last year and many of you Dubliners were upset that you missed us, so we’re back with a great new show, with a line up to die for that includes the fierce Ms. Dellaforce who brings drag artistry to a whole new level and Australian circus stars Ben Lewis and Tom Flanagan of Tom Tom Crew and Circus Oz fame. Fresh-faced circus brat Louis Biggs makes his Briefs debut, so check him out and you can expect everything from dog show satire, intimate yo-yo tricks, wind machines, Busby Berkeley-style spectacle and the usual array of serious skills including dancing, tumbling, juggling, acro-balancing, trapeze, hula hooping, skipping and pure circus skill held up in the most fabulous of six-inch heels.