Eno’s lecture at the Red Bull Music Academy in New York was loaded with ideas. Here are some of them.

Brian Eno had a duel role at the Red Bull Music Academy in New York. Firstly he was bringing his 77 Million Paintings project to the city, and secondly he gave a lecture to students at the Academy. The talk which lasted around an hour (the Q&A was a little short because he needed to pee) was one of the most fascinating lectures I have ever been to, with brilliant ideas and observations in practically every sentence. He was smart, funny, honest, open and generous with his thoughts and advice. It was one of those afternoons when you realise that the person speaking is not just addressing the mere subject of the lecture – which was his work – but giving greater lessons with far more resonance than simply talking about music.

When the talk goes up on the website, I’ll add it to this post, but for now, here are the ten highlights (slightly short of 77 million.)

1. Sympathetic V Parasympathetic
Eno says there are two ways people react to art, and also I suppose two states of being, the sympathetic and the parasympathetic. For him, the sympathetic relates to the fight or flight state many people exist in, particularly in urban environments. The parasympathetic is more about the idea of digest, rest and process. As he was talking about this, I began to think about the desire one has as a city dweller to escape city life once in a while in order to have a larger vista devoid of buildings to put one’s spirit at ease. Eno said that too much priority is given to people who are experts at control. What is more interesting is the act of surrender, an active choice not to take control, to flow with a situation and deliberately let go. Eno said a perfect analogy for this is surfing. He doesn’t surf (he made a funny point saying that he doesn’t really do such things, but just watches documentaries about them and comes up with his own theories) but watching surfers, he feels as though they take control of their position, then surrender to the wave, then take control, then surrender again. Perhaps that’s why we find surfing so captivating, because we are watching surrender in action.

2. Scenius
I’d heard of Eno’s concept of scenius before – that genius exists, but often emerges from a collective intelligence of a scene, so genius can actually be a communal thing as well as an individual concept – and it has been touched on elsewhere. For example, much of Malcolm Gladwell’s theory of outliers is in fact one of scenius when you think about it – that circumstances and collective minds contributed to one person excelling at a given time and place amongst given people. Eno spoke about when he went to an exhibition in the Barbican twenty years ago of early 20th century Russian painters. He said that this was a genre of art that he thought he knew a lot about, being a nerd about painters he presumed were far removed from the fringes of Kandinsky that he imagined few people had even heard of. But when he got to the exhibition, there were over 100 works by artists he didn’t know. On top of that, their art was really good. In fact he realised there was very little difference in quality between the paintings he’d never come across and the ones he knew. Therefore, a genius isn’t just someone who stands out, but also the product of collective intelligence and talent.

4. The artistic inadequacies of options
Eno put a question to the room: doesn’t anyone find it strange that in the second decade of the 21st century, the most interesting music is still being made with primitive instruments? Why is that? The problem with digital technology, Eno said, is that options keep proliferating. The reason primitive instruments – guitars, drums kits which could be anything, he said, even a bunch of old chairs – excel is because you know their limits and then grapple with those limits. WIth software, you never know what it does and where the options end. Often, because of these endless options, if you don’t have an idea there is a temptation of cover that up by just selecting another option.

5. Giving oneself constraints
So in a digital world, with endless options in music software, it’s important to give oneself constraints. Eno often bans options in his studio. He will create constraints. Sometimes, he said, he’ll say “today there will be no multiplication in studio”, which doesn’t just mean no multi-tracking but also things like no echo. Another method he uses to create constraints is to say that on a given day he won’t use anything on one particular side of the room. Another method is removing cymbals from drums.

6. Why the art world hates popular
Talking a little about niche versus popular, Eno said that people in the art world are afraid of popular. It means that if you like something everyone else likes, then you might actually be like everyone else. Ultimately, he said, it’s a class thing. He talked about how everyone in the art world seemed to like Antony Gormley until he became popular, and when he did, all of a sudden he wasn’t as good, just because the masses dug his stuff. He also spoke about ABBA. When ABBA were making music, he said, people were ashamed to say they liked them, hiding in the corner playing ABBA records. Yet now, everyone recognises that ABBA were brilliant and made great songs. I guess the same goes for lots of revisionism amongst critics about what is cool now when it blatantly wasn’t seen as such at the time. You could probably fit a lot of acts into this category; Duran Duran, Girls Aloud, Dolly Parton and so on.

8. Passion in music
Kieran Hebden (Four Tet) was sitting next to myself and Jim Carroll during the talk and asked a question at the end that loosely related to passion in music. Hebden said that although he is an atheist, he finds himself listening to religious music because of the intensity and passion that lies within it. So how does he go about making his music sound like that? Eno joked “find Jesus”. And then elaborated, “what you like is the sound of someone being opened up.” In religious music, Eno said, people are completely engaged in it in a non-egotistical way. They are there to receive something and articulate it musically not for themselves but for a greater being or power. Eno said the performance of religious music sees people adopt a vulnerable and trusting condition. He told Hebden to find the moments when he got that feeling. Admit to yourself when that feeling is happening to you – as it might not be a part of you that you want to expose. When Hebden said he makes electronic music, Eno said that maybe he needs to try something on a busted old guitar. Eno said that for him, this moment is singing, something that he decided 30 years ago wasn’t cool, but it makes him feel a certain way that satisfies him. Rawness also works. “The reason we like The Velvet Underground is not for their gloss,” he said. When something is new, you don’t know how to make it better. Bureaucratic thinking comes afterwards and introduces professionalism into the process. By making something “professional” – removing the raw, new nature of it, taking out mistakes, making the production slick and shiny – that often takes away what was good about it in the first place. Mistakes are good, and that’s something that musicians say all the time. That sentiment echoed something Giorgio Moroder said recently in one of the Creators Project videos about basslines in some of his productions being slightly dodgy but still sounding good.

9. Education systems are wrong
Eno said education systems are designed to take away people’s creativity. People are actually endowed with a lot of creativity when they are born, he said, but education is trying to teach people to fit into society as it stands now, which is preposterous as those exiting the education system will be doing so years later when society will inevitably have changed. He said everyone should go to a British art school, saying that art school should be about learning which part of your creativity you should decide to explore and how to apply creativity to situations, not just learning how to be good at painting flowers.

10. Peace Be Still
This is a song Eno and James Blake listened to while working together. Eno describes a moment in it where the absence of music is incredibly powerful, where a hole appears and the music falls into it. James Blake, like many artists (and this goes back to John Cage’s philosophy again which I wrote about in my RBMA post on Stephen O’Malley), trades on the absence of music, where space and vacuums in songs are as significant as the notes, beats and noises themselves. Eno said Blake works by subtraction, constantly taking as much as possible away from a piece of music until it becomes a skeletal structure. He also said they drank a lot of tea: “tea is just an excuse to sit there”, Eno said, adding that when you have something that you constantly need to put in your mouth, it’s useful because then you don’t need to talk. Here is the recording of ‘Peace Be Still’ he referenced. 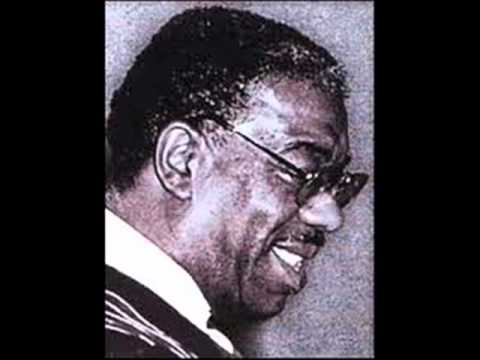