“To let go of what we already knew about music… and explore what we didn’t know – letting go.”

The Knife are one of the most interesting and uncompromising bands around, so it’s no surprise that an ‘interview’ from them also takes an avant-garde form. At the same time, there are points where they’re straight up about what this record is all about; learning from others words and art, deconstructing their band, improvising, exploring new homemade instruments, breaking down the barriers of traditional sounds, subverting music. Check it out. 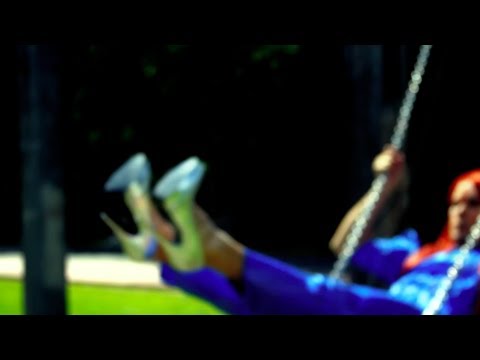 “The border between normal and strange is erased” is probably one of the smartest things anyone has said about contemporary music in a while. In a post-genre world, nothing is regular, everything shifts, the odd becomes pop, eccentricities become marketable, sounds from underground clubs are yanked skyward onto Britney records the minute they’ve left the speaker. Everything is, indeed, illuminated.

Unashamedly intellectual, The Knife occupy a similar space to Bjork and Antony Hegarty, composing music with academic and esoteric themes, tacking gender, society, and structures. And they’re also smart enough to change. One thing that might strike you as you watch this video is how rare it is one actually hears The Knife speak. This direct line to the audience is emphasised in Karin’s statement that their masks were ”something that was meant to question identity and fame” but “became a commerical product.” The ‘masking’ of modern pop music – SBTRKT, Deadmau5 – has become as gimmicky as Kiss’ make-up, as much as a trope as Slipknot’s gory costumes. Wearing a mask is the new creating a collective noun for fans.

When The Knife talk about ‘removing masks’, what they’re really talking about is honesty, transformation, the movement from something mysterious to something more open, the disposing of illusions, constructions, and in turn, questioning structures such as the nuclear family which Karin says is “an institution that conserves inequality, injustice and exclusion.” It’s this fluidity, subversiveness and longing for alternatives that doesn’t just colour The Knife’s fascinating sounds, but fuels their very drive to be different, truly alternative, truly queer. Outsiders, bringing us in.