Every week this Q&A will find out what various heads in music, film, fashion, theatre, bukes, performance, tech stuff, and whatever else are consuming.   Róise Goan is the Director of ABSOLUT Fringe.  Photo by Brian Bennett and Nyree Yergainharsian, The …

Róise Goan is the Director of ABSOLUT Fringe.

Photo by Brian Bennett and Nyree Yergainharsian, The Company, whose photography show Hipsters We Met and Liked opens at ABSOLUT Fringe this September.

What are you reading?
I am currently alternating William Trevor’s Love and Summer and Maureen Gaffney’s Flourishing.  The self-help-guru-ness of Flourishing is hard to digest as a whole so I’ve been dipping in and out of it for the past few months. I’ve just finished Jennifer Egan’s A Visit from the Goon Squad which I absolutely loved. I’m a bit slow on the uptake with books as you can probably tell and generally tend to be about a year behind the reviews in terms of what I read.  I find a big stack of borrowed books a great solace during the October/November post-festival comedown.

Last film you saw and your verdict?
The Dark Knight Rises and Spiderman in a back-to-back matinee whammy. Despite their flaws I really enjoyed them both.  I see a huge amount of live performance which I love, but it requires a lot of thinking and attention, so when I go to the cinema I love escapism and I’m known among friends as having incredibly poor, schlocky taste in movies.  Not that either of these two films were poor, but they did satisfy my craving for ham&cheese.

You have a golden ticket to Easons, what magazine is first on your list?
I don’t read magazines anymore really. Coveting expensive handbags, shoes and clothes or analysing circles of shame has admittedly taken up far too much of my time in the past and it’s not good for my soul. With regard to news and culture coverage, I’m much more likely to read online publications. At the moment I am enjoying The Racket, and my guilty pleasure is the TV recaps from vulture.com and Gawker.

What are your most clicked bookmarks?
At the moment, our box office reports, Facebook, Twitter, the Irish Times, the Guardian, thejournal.ie, broadsheet.ie (the ultimate procrastination aid), le cool Dublin.

When you fall into a YouTube hole what’s the general subject matter of the videos you’re watching?
At the moment, travel. I’m planning a big holiday after the festival this year so I’ve been losing hours watching clips of travel programmes, drooling over beaches in far flung locations etc.

What track should we listen to right now?
This to get you in the mood for Efterklang and the Major Lift Orchestra at the ABSOLUT Fringe and Cork Opera House. 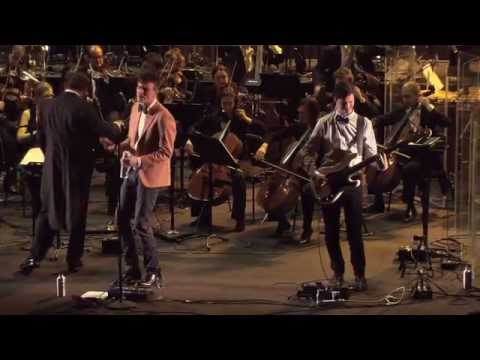 Which boxset/TV series do you have on the go at the moment?
While I wait for new Mad Men, Girls, The Good Wife, Grey’s Anatomy (yes, I know, awful, but still…) and Community episodes. I recently watched all of Friday Night Lights, which I loved – watching Taylor’s Kitsch’s movie career crash and burn was painful for us Tim Riggins fans. I’m looking forward to watching Breaking Bad from the start too when I find the time.

Last gig/concert you went to and your verdict?
Sean Millar and Neil Watkins in Bewleys last week. Brilliant gig. My favourite moments were the debut of their newly written song about the Drop Everything festival, aptly titled Drop Everything, and the resurrection of Ace of Base’s All That She Wants.

Which app do you use the most?
Wunderlist.

And finally, if you see one theatre production this month, make it…
On the island, Paper Dolls’ Eccentric Ladies this weekend on Meeting House Square. Off the island, I’m very excited to see Christoph Marthaler’s Mein Faire Dame at the EIF.