Joshua Gordon is an Irish Manchester-based photographer and owner of the fashion label FucknFilthy whose new collection is out now. What are you reading? I’m not reading much at the minute to be honest. I’m just a big baby I …

Joshua Gordon is an Irish Manchester-based photographer and owner of the fashion label FucknFilthy whose new collection is out now.

What are you reading?
I’m not reading much at the minute to be honest. I’m just a big baby I suppose in the sense that I just love looking at pictures, so I’m always leafing through a photo book, Format Perspective & Ed Templeton’s latest photo book would be favourites as of late.

Last film you saw and your verdict?
I watched Serpico with my housemates last week, such an incredible movie and kudos to whoever the stylist was.

You have a golden ticket to a newsagent, what magazine is first on your list?
There’s a great little shop called Magma around the corner from my house in Manchester, they have some incredible Japanese fashion magazines which I always like too have a peek at, the Vice photo issue is always a winner, as is Pica Post.

What are your most clicked bookmarks?
Sites I would frequent pretty much daily would be Hurt You Bad, BNTL, Viktor Vauthier, Reyk, and a couple of others. They’re a nice mix of film photography, fashion & music.

When you fall into a YouTube hole what’s the general subject matter of the videos you’re watching?
I have an awful habit of finding myself deep in a hole full of strange Japanese miniature food videos, don’t ask.

What track should we listen to right now?
There’s so much, I could recommend for days. If I had too pick one then ‘I Will’ by Danny Brown is incredible.All of Frank Ocean’s new album [Channel Orange] is killer too. 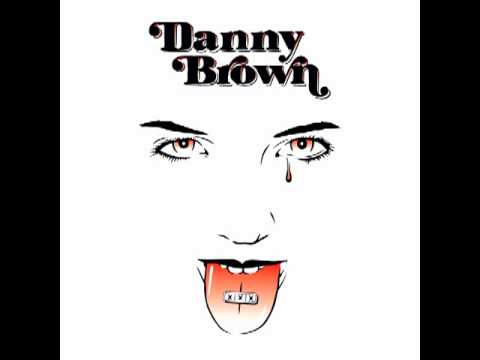 Which boxset/TV series do you have on the go at the moment?
I’m currently working my way through every series of Curb Your Enthusiasm for the millionth time, Larry David is my hero.

Last gig/concert you went to and your verdict?
The last gig that stood out to me was MEANDYOU in Manchester. Joy Orbison playing dark techno in a basement that used too be a mixed martial arts boxing club, what’s not to like?

Which app do you use the most?
I’m a sucker for Instagram. It’s a great way too keep an eye on what my pals are doing and give people a look at what I see during the week, which is mainly burgers & tea.

And finally, if you buy one item of clothing this month, make it…
FucknFilthy of course.