Every week this Q&A will find out what various heads in music, film, fashion, theatre, bukes, performance, tech stuff, and whatever else are consuming.  Michael McDermott is the publisher of Le Cool. photo by Eoin Kirwan What are you reading? …

Michael McDermott is the publisher of Le Cool.

What are you reading?
Haruki Murakami’s Dance Dance Dance. I remember loving the thoughtful absurdities of The Wind-Up Bird Chronicle and this is shaping up to be compellingly quirky. His premise is usually that of  extraordinary adventures befalling ordinary men with pop culture references. My housemate, Katie Holly is film and TV producer and  a truly voracious reader. She’s flagged Chad Harbach’s The Art of Fielding as a terrific read. I also enjoy short stories and Kevin Barry’s There Are Little Kingdoms is next on my list.

Last film you saw and your verdict?
Moonrise Kingdom which ranks up there with The Raid and Bill Cunningham: New York as the best this year. It’s an exquisite ode to youth and adventure.

You have a golden ticket to Eason’s, what magazine is first on your list?
I keep thinking I should start reading Wired and return to The Word so may do both. I subscribe to the New Yorker which is incomparable and this great service called Stack Magazines which sends you a different magazine every month. That’s a fun and peculiar pleasure. I have yet to start Dor, the Romanian non-fiction journal they sent.

What are your most clicked bookmarks?
Broadsheet.ie is pure addiction with brilliantly curated content.  The comment threads are hilarious with verbal hi-jinks and gladiatorial-style putdowns. I’m enjoying The Racket which is the new mixed media site by some of the team behind Mongrel Magazine. I also lost a few hours on information is beautiful dreaming of sexy ways to present tedious stats. Balls.ie for my occasional sports hit and Jim Carroll’s consistently thought-provoking On the Record for smart musings.

When you fall into a YouTube hole what’s the general subject matter of the videos you’re watching?
Random stuff for switch off giggles such as 48 seconds of Prairie Dogs eating carrots in Japan or a Will Smith impersonator on Psychic TV.

What track should we listen to right now?
‘Think/Feel’ by Seattle band Beat Connection to soundtrack the endless hazy summer we all deserve. If I could stretch to a long player, it would be Bobby Womack’s The Bravest Man in the Universe. 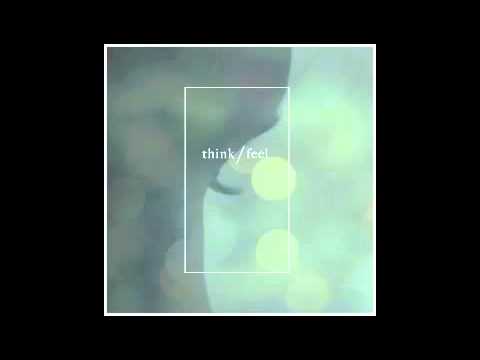 Which boxset/TV series do you have on the go at the moment?
Besides Mad Men and The Apprentice, I’m way behind on almost everything else. I still have a series of The Wire to finish. The likes of Breaking Bad and The Killing are top of the list.

Last gig/concert you went to and your verdict
I was at Forbidden Fruit which hit its stride this year. The highlight was the last act of the weekend Chromatics who have released my favourite album of late Kill For Love. They did the score for some of the Drive soundtrack and a brilliant rendition of Kate Bush’s Running Up That Hill. An upbeat end to complement the hammock sounds of the afternoon.

Which app do you use the most?
My favourite one is This American Life. It picks a theme every week and explores it from the viewpoint of a number of angles and contributors. The quirks and oddities it throws up are compellingly delightful.

And finally, if you check out one thing in Dublin this month, make it…
Is this the plug bit? Well besides the le cool experience walk on Saturday June 30th where we take people on an unknown trek of the city which has included everything from lawn bowling to sex shops, I’m curious about the Hack the City project in conjunction with the Science Gallery. Hacking, inventing, re-moulding, usurping old power bases and making fairer playing fields – I’m presuming it’s touching on all these ideas and more besides.