Every week this Q&A will find out what various heads in music, film, fashion, theatre, bukes, performance, tech stuff, and whatever else are consuming.  Sinead O’Connor is a singer, musician and songwriter. Her latest critically acclaimed album How About I …

Sinead O’Connor is a singer, musician and songwriter. Her latest critically acclaimed album How About I Be Me (and You Be You)? is out now.

What are you reading?
I’m reading a book called Psalm 91: Real-Life Stories Of God’s Shield of Protection. Psalm 91 is my favourite. In Judaic tradition the psalms have magical uses. 91 is one I took the title of the first album from as well as a later album and I use it in songs now and then. In fact I wrote a song of it in an album called Theology, which is my favourite of all my records. If you say it out loud every day it would stop a bullet. It’s very powerful.

Last film you saw and your verdict?
Last film I saw was The Last Waltz, a month or so ago when Levon Helm died. I’d never seen it before. I’d always thought they were old geezers because I can’t abide that song ‘The Night They Drove Old Dixie Down’ and that’s all I’d ever heard of The Band. Well, when I saw it I didn’t know who was sexier frankly, Levon Helm or Robbie Robertson. I decided I would have broken Catholic tradition if asked and had a ‘bandwich’ with the pair of them. Ah no, but seriously I fell in love with the music. Dr John’s song called ‘Such A Night’. And Eric Clapton… gorgeous song called ‘Ophelia’ by the Band. Was impressed Helm could sing and play drums same time. Wow.

You have a golden ticket to Eason’s, what magazine is first on your list?
First magazine on my list I’m afraid to say would be the National Enquirer. Because it’s the only time I stop thinking.

When you fall into a YouTube hole what’s the general subject matter of the videos you’re watching?
Always music. If I start with Curtis Mayfield or Peter Tosh or Tina Turner live, I can’t stop for hours.

What track should we listen to right now?
Peter Tosh’s ‘Reggaemylitis’. 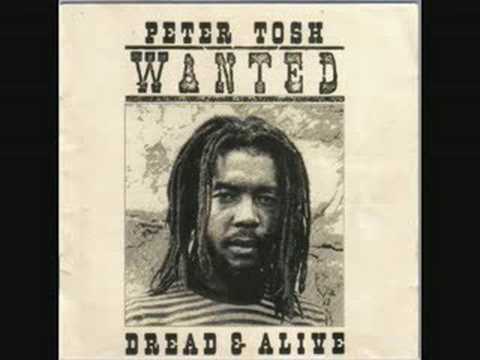 Which boxset/TV series do you have on the go at the moment?
I don’t do TV really, I only listen to music.

Last album you listened to and your verdict?
Last album I heard that drove me mental (in good way) is my friend John Grant’s forthcoming album. He wrote a song I covered on my recent album called ‘Queen Of Denmark’. It’s sick it’s so good. All the lady singers are gonna be pulling each other’s hair and lashes out to cover a song called It ‘Doesn’t Matter To Him’.

And finally, if you listen to one album this month, make it…
Curtis Mayfield’s There’s No Place Like America Today.