Every week this Q&A will find out what various heads in music, film, fashion, theatre, bukes, performance, tech stuff, and whatever else are consuming.  Shane Langan is a writer/performer with Dublin comedy team Diet of Worms and co-curator of the …

Shane Langan is a writer/performer with Dublin comedy team Diet of Worms and co-curator of the arts variety night, the Monthly General Meeting.

What are you reading?
I’m the slowest reader in the history of slow readers, so I’m embarrassed to say what I’m currently reading, just in case someone I know sees this and remembers me talking about reading this book ages and ages ago. But yes, I am still reading The Amazing Adventures of Kavalier & Clay by Michael Chabon. Kavalier & Clay is a truly incredible book though and so, if it does indeed end up being the book that I slowly read between now and the day that I die, it wouldn’t be that bad. I have made moves to counteract this problem in recent years though – to evolve. I’ve taken to listening to audiobooks, which allows me to consume books at a more reasonable rate (as I walk across town or do the hoovering). I’m currently listening to the audiobook of When You Are Engulfed In Flames by David Sedaris. It’s absolutely hilarious.

Last film you saw and your verdict?
I haven’t been to the cinema in ages, but the last film I saw on DVD was Beginners with Ewan McGregor and Christopher Plummer. Nothing makes me sadder than old age, I think. It’s my emotional Kryptonite. So this one upset me a little bit. I really enjoyed it though.

You have a golden ticket to Eason’s, what magazine is first on your list?
I’m not a big magazine reader, for some reason. I used to read Shoot and Match magazines before later graduating to Four Four Two. The Blizzard offers a more erudite football read nowadays, so I might go for that if they have it in stock, or perhaps I would plump for a comic or two if that were allowed. Give me a Batman comic and I’ll be a happy man.

What are your most clicked bookmarks?
My sister’s photoblog, 365 Days of Jen. She takes a photo a day, every day with her iPhone and posts it. She lives in London now and I don’t get to see her or talk to her as much as I would like, so it’s a wonderful thing for me to be able to click in and get a genuine sense of the life she’s living over there. She’s had a tough time of it in the last twelve months but has come through it amazingly and it was really something to watch it all play out through the lens of her phone.

When you fall into a YouTube hole what’s the general subject matter of the videos you’re watching?
It really doesn’t matter what I watch. The important thing is that I’m not working. I’m probably most likely to get consumed by watching football videos. Especially now that summer is here and the transfer window is open. All I have to do is hear one player’s name linked with a move to my club once and I can soon find myself spending an hour (at least) watching the blurriest, glitchiest compilation videos of his goals, set to the most horrible music imaginable. And I’ll love it.

What track should we listen to right now?
I recently bought Jape’s album ‘Ocean of Frequency’, which is wonderful, and the track ‘Scorpio’ has stayed in and around my head ever since. 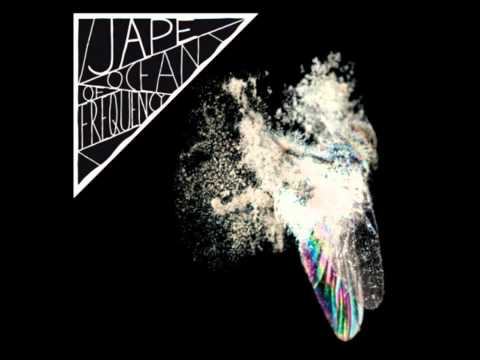 Which boxset/TV series do you have on the go at the moment?
I’m currently, very belatedly making my way through The Office, the US one. I have Community all ready to go when I’m done with that and I’m also keeping up to date with Veep and Mad Men as I go.

Last gig/concert you went to and your verdict?
I went to Stewart Lee at Vicar Street last month. It’s sometimes difficult to talk about Stewart Lee without sounding like a bit of a knob or a comedy snob. It’s not hyperbole to say that nobody really does stand-up like him. It takes a certain level of concentration and trust to enjoy it fully. That’s just the nature of his act. He is a singular, properly original performer and the greatest comedian I’ve ever seen. As with the other times I’ve seen him, I loved every minute of it.

Which app do you use the most?
I drunkenly fell over at a wedding last year and fell on my iPod touch. It still works, just about, but it has a very large series of horrible cracks across its face. This all means that my app usage has ground to halt. IF this hadn’t happened, I would probably use Marc Maron’s WTF podcast app the most.

And finally, if you check out one comedian this month, make it…
Don’t just check out one. Check out loads. Edinburgh is on the horizon so there will be lots of fantastic comedians starting to preview their shows soon. It’s really exciting to see comedians put shows together and you can often see these works in progress for nothing or next to it. Keep an eye out for the likes of Conor O’Toole and A Betrayal of Penguins as they get ready for the Fringe. Also, the excellent 10 Days in Dublin festival will be on in July and there will be lots of great comedy on show there.

The next Monthly General Meeting happens somewhere in Dublin on June 25th. Stay tuned to the @MonthlyGM Twitter feed for updates.