Gigs and jobs and rock’n'roll

Making music and working in New York is all well and good, but I would take home and Dublin’s independent music scene any day of the week says Neil O’Connor.

Making music and working in New York is all well and good, but I would take home and Dublin’s independent music scene any day of the week says NEIL O’CONNOR

I HAVE BEEN VERY lucky, musically, in my life. I have been on a number of composition residencies in the US, won awards and gigged all around the world. But the performing arts and higher education have been hit hard in recent years, and even with a PhD and a successful music career behind me, I have not been immune to the recession in Ireland.

When I left school I trained as a filmmaker at the Institute of Art and Design in Dún Laoghaire, and got into music while composing soundtracks. I went on to do an MA in Trinity in music and media technology, which honed my skills in composition, and when that finished in 2005 I began my PhD there under the composer Donnacha Dennehy.

I was very involved in the independent music scene in Dublin at the time, gigging as part of Redneck Manifesto, who were gaining a strong following, and as Somadrone, which is my own electronic outfit. I was lecturing in three third-level institutions, which paid well, and receiving a scholarship for my PhD research. Life was good.

Coming towards the end of my PhD in 2009 I was excited about the future, but one by one my teaching jobs were cancelled. I lost all my work within a couple of months. The cutbacks in funding for higher education were beginning to take effect, and part-time staff members like me were the first to go.

I applied for an arts visa for the US and headed off for San Francisco in January 2010. It was hard to leave because I had worked very hard at building a musical career in Ireland, but the move felt like a positive step forward for my academic career. It was tough finding work at first but I landed a job in the Art Institute of California where I stayed for almost two years, teaching acoustics, sound design and composition.

The work was interesting and I was gaining great teaching experience, but Ireland was always on my mind. In 2010 I flew back four times for gigs and album launches, and I continued to apply for teaching posts in Irish universities.

When I was offered a job in an exciting new project due to begin in September 2011, I gladly packed up and headed home to take up the post, finish off my PhD and give Ireland another go.

However, the project was pulled at the last minute and I was left stranded. Throughout the winter I contacted all my old places of work, and sent letters to every department in the country who taught anything related to music or audio. I didn’t receive one positive response.

I distracted myself for a while by throwing myself back into music, touring with Redneck Manifesto in Japan, and joining Jape as their drummer. I had a fantastic time, as the members of the band are some of my best friends, and it was great to be gigging again. But I had spent almost a decade in higher education, and felt I needed to put academia at the forefront of my career.

I could not rely on gigs as my only source of income. I had borrowed heavily back in the heyday and I was running into problems with the banks.

By March I was worn out. I was living in a house I couldn’t afford and signing on the dole, which felt so wrong when I had studied and worked so hard. The social-welfare officer tried to encourage me to do a Fás course, but what use would that have been to me?

The mood of the country had changed a lot too in the two years I was away. My brother was struggling, and my father had just retired on half the package he would have got a few years previously.

What was happening economically was not only affecting me, it was affecting my family, my friends.

The music scene in Ireland was also different. Record labels were disintegrating, music shops were closing down, and other bands and musicians were noticing a downturn in numbers at gigs. The demographic of gig-goers, young people in their 20s and 30s, don’t seem to be able to afford to go out as much now, and large numbers of them have emigrated too, especially outside Dublin. My last Dublin gig at the Unitarian Church was sold out, but the last show in Galway had only 20 in attendance. 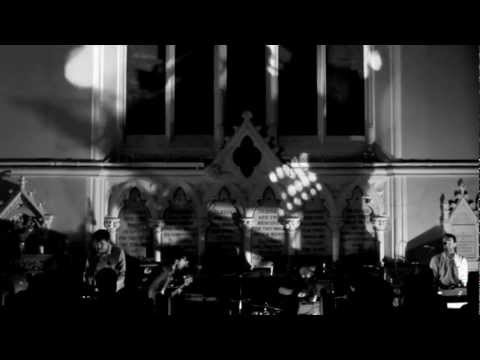 To say I was forced to emigrate would be too strong, but I did try my hardest to stay in Ireland and couldn’t make it work. After six months, it was time to make a choice to find a more stable source of income. I knew if I came back to the US I could find something.

It broke my heart leaving for the second time. I had gained momentum musically back in Ireland, and was very happy. Jape had just won the Meteor Choice Music Prize when I flew out to New York in April.

By the end of that month I had been offered my old teaching post back in San Francisco, as well as two different jobs in New York. While in Ireland, I was made to feel lucky to have a job, but here attitudes to work are very different. I am complimented and made to feel appreciated, which is strange but nice.

Brooklyn is a hotbed for music and the opportunities for performance are huge, but I am starting from scratch in a way. The last gig I did in New York attracted a tiny crowd and I was paid with a few cans of beer. I used to play to good-sized crowds in Ireland. It will be a gradual process.

I’m starting a new job here at the end of June, teaching at the Institute for Audio Research in Greenwich Village, but as much as I like America I don’t see it as a long-term thing. I have dedicated 12 years of my life to music in Ireland, and that is where it works for me. Going home isn’t an option right now, but I live in hope. My music career in Ireland is on hold for the moment, to be revisited in time when things improve.

The last thing I want to do is come across as an unfortunate case. I am happy here, and some people are not so lucky. But Ireland is such a great place, a place I miss every day, and making music with your closest friends is an indescribable sensation. It is a void that needs filling.

- In conversation with CIARA KENNY

This article appears in the Life & Culture section of The Irish Times today, and on irishtimes.com.