‘Abused women know that danger can be lurking everywhere’ 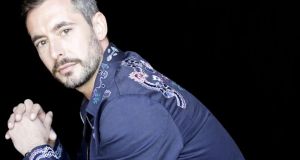 Xavier Legrand: 'It struck me when I was talking to victims of domestic violence, and they were telling their stories, that sometimes they might have been relating the plot of a thriller.' Photograph: Claude Medale/Corbis via Getty

In France a woman dies at the hands of her live-in partner every two and a half days, a shocking statistic that, depressingly, doesn’t include related suicides and disappearances. The writer-director Xavier Legrand has spent almost a decade looking into the grim facts of spousal abuse, the subject of his Oscar-nominated 2013 short, Just Before Losing Everything, and its feature-length sequel, Custody.

Although Legrand found certain precedents from the 1990s, notably the Julia Roberts vehicle Sleeping with the Enemy and the Tina Turner biopic, What’s Love Got to Do with It, he notes that the subject is strangely under-represented in contemporary cinema. This, he suggests, is only to be expected. Statistics and stories about domestic abuse may receive media attention, but the subject is still taboo. “Victims are afraid to come forward,” he says. “Neighbours and family don’t say anything because they don’t want to interfere with a couple’s relationship. There is heavy secrecy.”

I wanted to use the power of cinema to raise public awareness. And domestic violence can often end in horror, so that’s what I wanted to show

Legrand’s scintillating French drama begins with a brisk case hearing before a family judge. Miriam (Léa Drucker), is hoping to prevent her former husband, Antoine (Denis Ménochet), from any further contact with their young son, Julien (Thomas Gioria). She alleges that Antoine is dangerous. He says there is no concrete evidence. Julien counters with a damning letter in which he insists he no longer wishes to see his father. Antoine, in turn, says the boy has been coached. The judge is inclined to split the difference, but the terrified look on Julien’s face as his father fetches him for their first weekend together suggests that something awful is coming.

So far, so Ken Loach. Yet Legrand’s film couldn’t be further from such similarly themed kitchen-sink dramas as Paddy Considine’s Tyrannosaur. Following on from a socially conscious overture, Custody deftly changes gear, moving towards what Legrand accurately characterises as “Kramer vs Kramer, then The Night of the Hunter and then The Shining”.

“I didn’t want to make a documentary or social drama,” he says. “I wanted it to be more like a war film or a horror film or political film. A thriller is a way of making it cinematic and accessible. I wanted to get the film out there. I wanted to use the power of cinema to raise public awareness. And domestic violence can often end in horror, so that’s what I wanted to show.”

Critics have favourably compared Custody with the tauter offerings of Michael Haneke, Claude Chabrol and Alfred Hitchcock. The film, which marks Legrand out as a major new talent, seems to fit nicely alongside the work of such vibrant and emerging French talents as Katell Quillévéré, the writer and director of Heal the Living, and Céline Sciamma, who made Girlhood.

“I’m happy to be part of the new generation,” he says. “It’s hard to characterise the current film-makers, but I’m really happy people are trying to do new things and there’s a wave of creativity coming through.”

Unlike these contemporaries, Legrand, a stage actor who studied drama at the French National Conservatory of Dramatic Art, in Paris, and who has appeared in only a handful of films, has no formal training. “I worked in theatre for a long time,” he says. “I never went to film school. I think that being an actor is one of the reasons I wanted to make film. I wanted to see how the actors embody a particular character.”

His theatre background encouraged him to translate his carefully assembled domestic-abuse data into something rather more Euripidean. “Greek tragedy is always about gods and demigods,” he says. “The people in this film are the most ordinary kind of people. On the other hand, there are similarities between Custody and Greek tragedy. This is a film about blood ties. It’s about the control one abuser can exert over family members. And their control happens because they are family members; because it’s your wife; because it’s your child. And the sense of dynasty and possession over family.”

Custody’s primary characters, as played by the same actors who featured in the César-winning Just Before Losing Everything, were as dedicated as he is. “They’ve been very, very interesting characters to live with,” Legrand says. “We’ve tried very hard to get them absolutely right. They had to be very cinematic and also very ordinary, so we can identify with them. I wrote Léa Drucker’s part with her in mind. To me she is very similar to her character, with her blend of strength and fragility. With Denis as Antoine it’s a very interesting character, because he can switch suddenly from empathy to hate to tenderness to extreme violence.

“We used different perspectives, so you can see that he is trying to trick everybody. He gets the judge to rule in his favour by pretending he wants to see his child. But once he gets custody we switch to Julien’s point of view and realise that Antoine only wants to use his son to get to his former wife. Then we look at him through his wife’s eyes, and so when he comes up to her and starts crying, saying that he has changed . . . He’s a skilled manipulator, so he has a vast array of masks that he uses in order to get what he wants.”

Although the film has yet to be released in many countries outside France, there’s a huge buzz around Legrand’s nerve-racking new thriller. Custody was recently named best film at Dublin International Film Festival, adding to an awards haul that includes the Silver Lion for best director at the Venice Film Festival, the audience award from Glasgow, and best European film at San Sebastián.

These recent gongs are part of a larger trophy collection that dates back to Legrand’s trip to the Academy Awards. “It was wonderful,” he says. “Like being in a fairground. I turned around and there was Cate Blanchett. And the fact that the short film was so successful made it more likely for the money men to say yes to the feature.”

For Legrand the red carpet and accolades are nice, but they’re rather less important than what he calls the film’s political message. “When cases of domestic abuse are covered by the news they are turned into family spats gone wrong, not murders. People call them crimes of passion, where the poor guy was pushed to his limits by unrequited love and so he killed his wife. People think that these cases don’t concern them because they are a private, intimate matter. We think we don’t have the right to interfere. But that’s a mistake, because domestic violence can touch anyone at any time.”

In 1978 Sam Raimi took his lifelong chum Bruce Campbell to a remote cabin where they made a short film with a Super 8 camera and a budget of $1,600. The short became a calling card that allowed Raimi to secure $90,000 to make The Evil Dead – and so begin the greatest demonic horror franchise of them all.

Electronic Labyrinth: THX 1138 4EB (George Lucas, 1967) became THX 1138 (George Lucas, 1971)
The Star Wars creator George Lucas made an early prototype of his dystopian sci-fi THX 1138 as a student at the University of Southern California. A feature-length version was the first film to emerge from Zoetrope, the production company founded by Lucas’s friend Francis Ford Coppola. The distributor, Warner Bros, hated it and demanded Coppola and Lucas repay the studio $300,000. Bankruptcy loomed. Then came the Godfather sequence – followed by a certain space opera and a $5 billion retirement package.

Neill Blomkamp’s allegorical 2005 short about extraterrestrial refugees living in Johannesburg caught the eye of Peter Jackson, who tapped the South African to direct a live version of Halo. When that fell apart Blomkamp received $30 million to make a feature-length version of his short. District 9 proved a box-office smash and was nominated for best picture at the Oscars.

2 Amnesty has lost focus on rights of prisoners of conscience